Dr. Jenn Kirby is a composer, performer, lecturer and music technologist. Jenn works as the Programme Leader for MA Music at the University of the West of Scotland. She previously worked at the University of Wales Trinity Saint David and Trinity College Dublin. Jenn's output includes contemporary instrumental composition, electroacoustic music, sound art, noise music, experimental-pop, laptop orchestra performance and solo live electronics. Her work has been performed in Ireland, the United Kingdom, Austria, Switzerland, the Netherlands, Germany, Italy, Poland, Canada, the United States and Mexico. Jenn has been commissioned by Kirkos Ensemble, Glasshouse Ensemble, Ensemble Entropy, among others. She has undertaken residencies with Cove Park, soundSCAPE Festival and National Theatre Wales. Jenn delivers workshops and masterclasses on creative coding and improvisation.

Jenn holds a PhD in Composition from Trinity College Dublin, an MSc in Music Technology from the University of Limerick, a BSc in Software Development from Limerick Institute of Technology and a Certificate in Teaching and Learning Support.

"This release by composer and electronic artist Jenn Kirby doesn’t fit neatly into any category, but perhaps best aligns with a contemporary outlook in its sense of adventure and experimentalism. At its heart is Kirby’s voice, speaking lines of text, which are then processed with vocoders and delays – the effect being sometimes as if a malfunctioning AI had grabbed it and run wild, with bubbles of digital sound popping up to compete with the layered delays. The result is a strangely compelling collection of tracks." - The Journal of Music review of Quirks and Artefacts 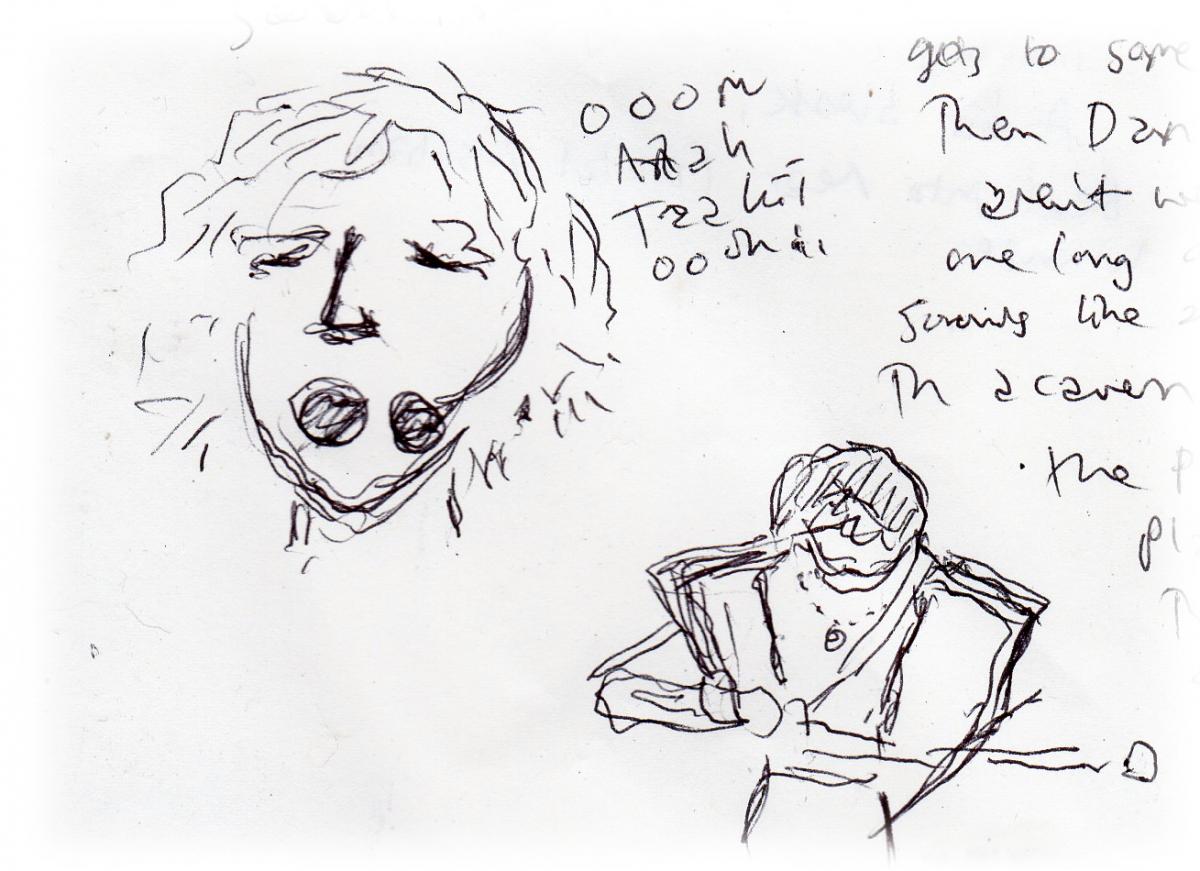 "In performance she uses her arms and body to pull the strings and trigger samples, while also singing into her headset and occasionally playing her Danelectro guitar with a violin bow. The sounds she made are a mixture of stuttering signals, ethereal voice wails, and something which I have in my scrawled notes as “scrapey flute in a cavern”. But the unusual sounds are just one part of it. It’s important to see musicians doing it live; one that struck me instantly was how Jenn’s body movements shape her music. The arms move, she squats and bends at the knees, she stands up and down slowly, she circles on the spot. This is to assist the triggers from her orange-stringed device I assume, but it persuaded me I had better pay attention to each performer’s “body language”." - The Sound Projector Review from Listen to the Voice of Fire performance in Aberystwyth in 2018. 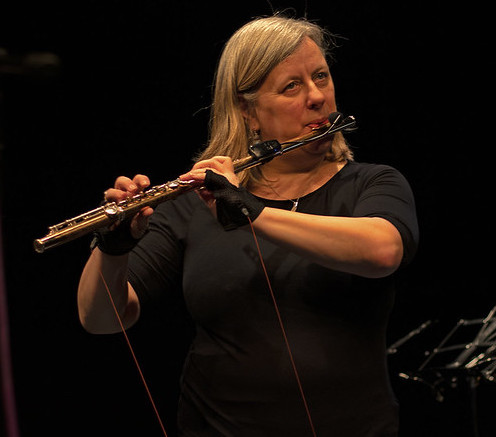 "an extraordinary improvisation whereby Emma Coulthard strapped a harness of wires to her arms and legs then moved her limbs to create various effects for the lines she played on her flute, repetition and delay that echoed in the ether above and around. It was captivating all the more because this was the first occasion she had performed with Jenn Kirby’s contraption, adding some theatricality and musical humour to the event." - Wales Arts Review Emma Coulthard's concert at Chapter Arts Centre featuring Hear to Listen for flute and electronics.

Listen to Jenn's EP release under the alias of Cyted: